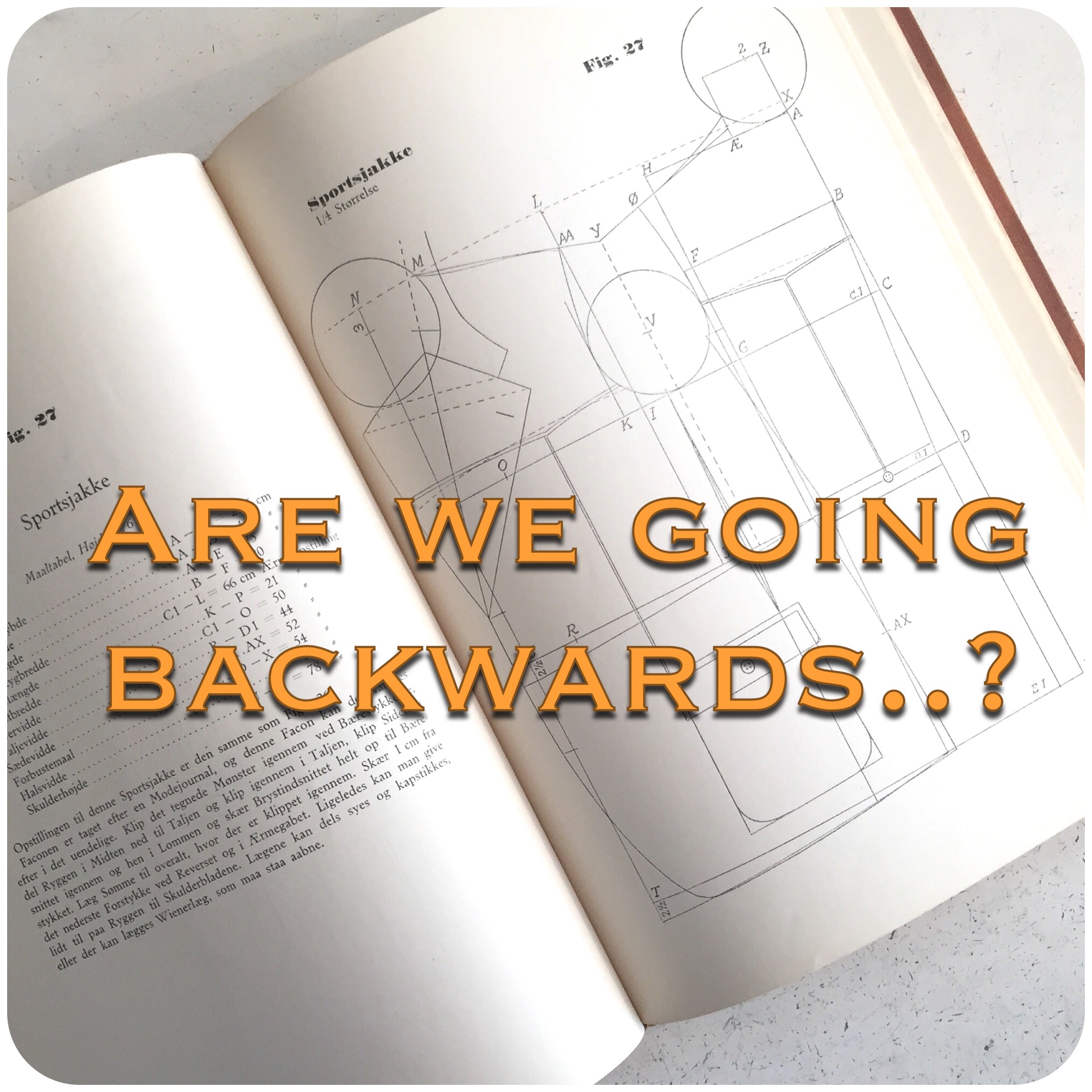 Making garments have never been easier and quicker. That’s what any salesperson within the digital 3D-rendering pattern-making trade will tell you. In just moments you can design full garments on a virtual mannequin they say. But is that true? And what kind of garment will it really be? Let’s quickly discuss that. But first, a little trip down history lane. Just to understand where it all came from. The technical skill of drafting garments, that is. 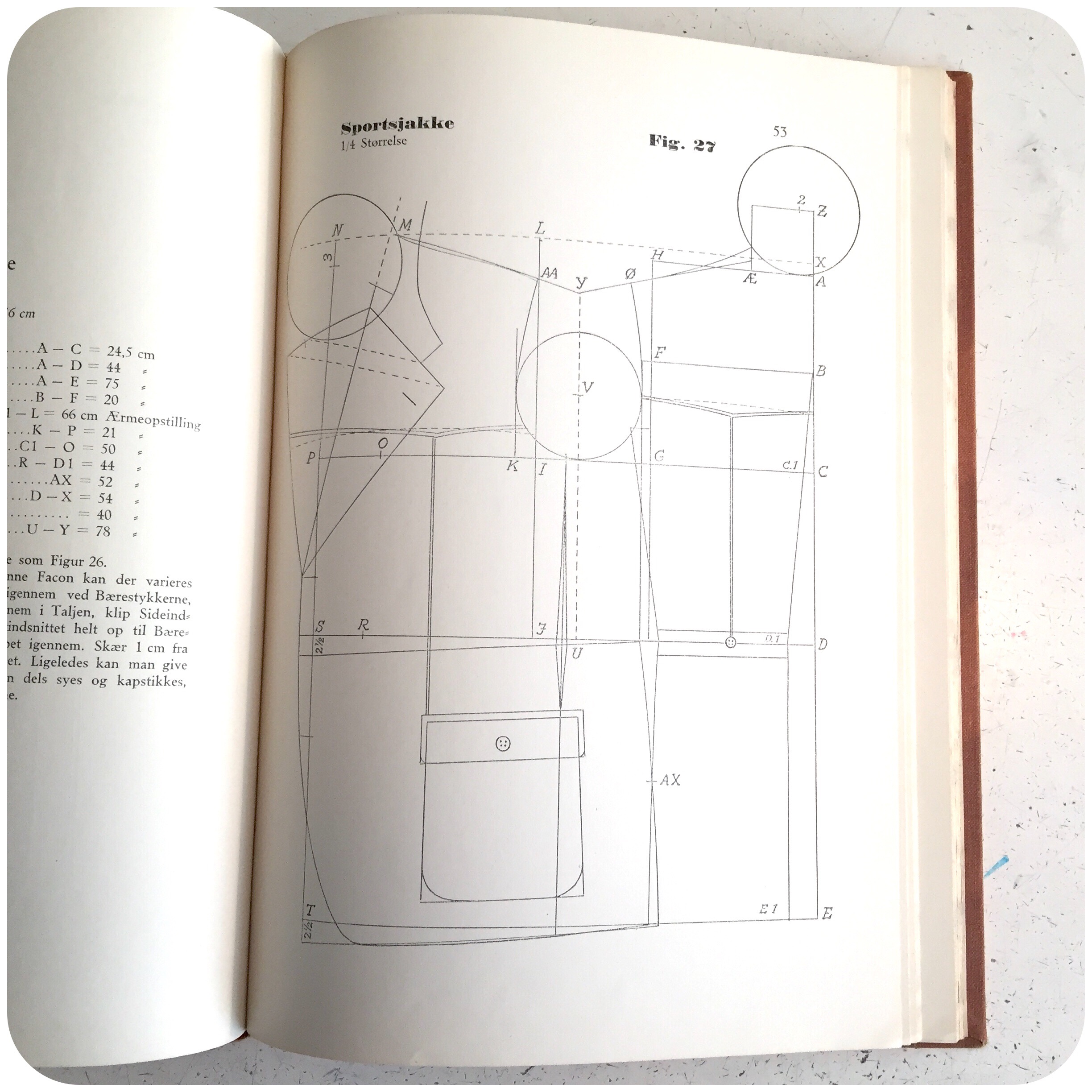 If we just start with going back to the early 1940’s only, roughly a lifetime ago, there were already size-changeable – or should we say interactive – pattern’s around. They were all firmly built on mathematical ideas of human (esthetical) proportions put forward during the late 19’th century. One would think these ideas were perused and invented by tailors, because they needed them. But no, they were published and discussed by mathematicians. One could say, to systemically ruel out all creative individuality. (Although that was not the aim.) 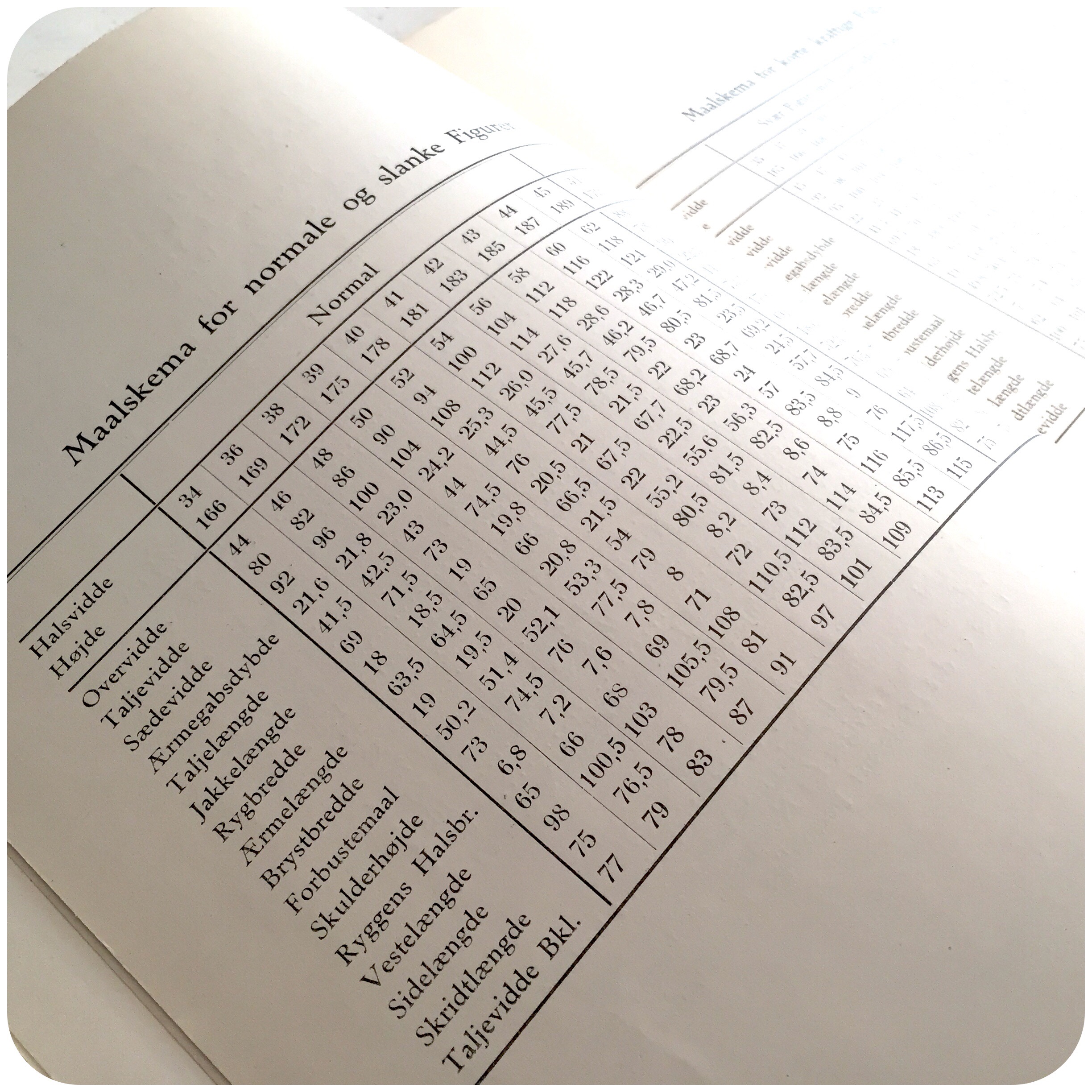 So what was mathematical about it? Well… to conclude any interactive cutting pattern, analog as well as digital, you will need a system of numbers to render the very main-frame which the pattern then is built around. These numbers we call measurements. It could basically be anything on the human body measured, but typically it starts with the chest girth, the widest circumference on the body, and then one gradually works one’s way down to other smaller circumferences, widths and lengths.

The idea is, the more you measure the more exact it will become. But…! At a certain point, with too many measurements, the esthetics will be thrown out of the window. Becase, you still want, according to the systems, save some areas where you should calculate them proportionally against your other main measurements instead. 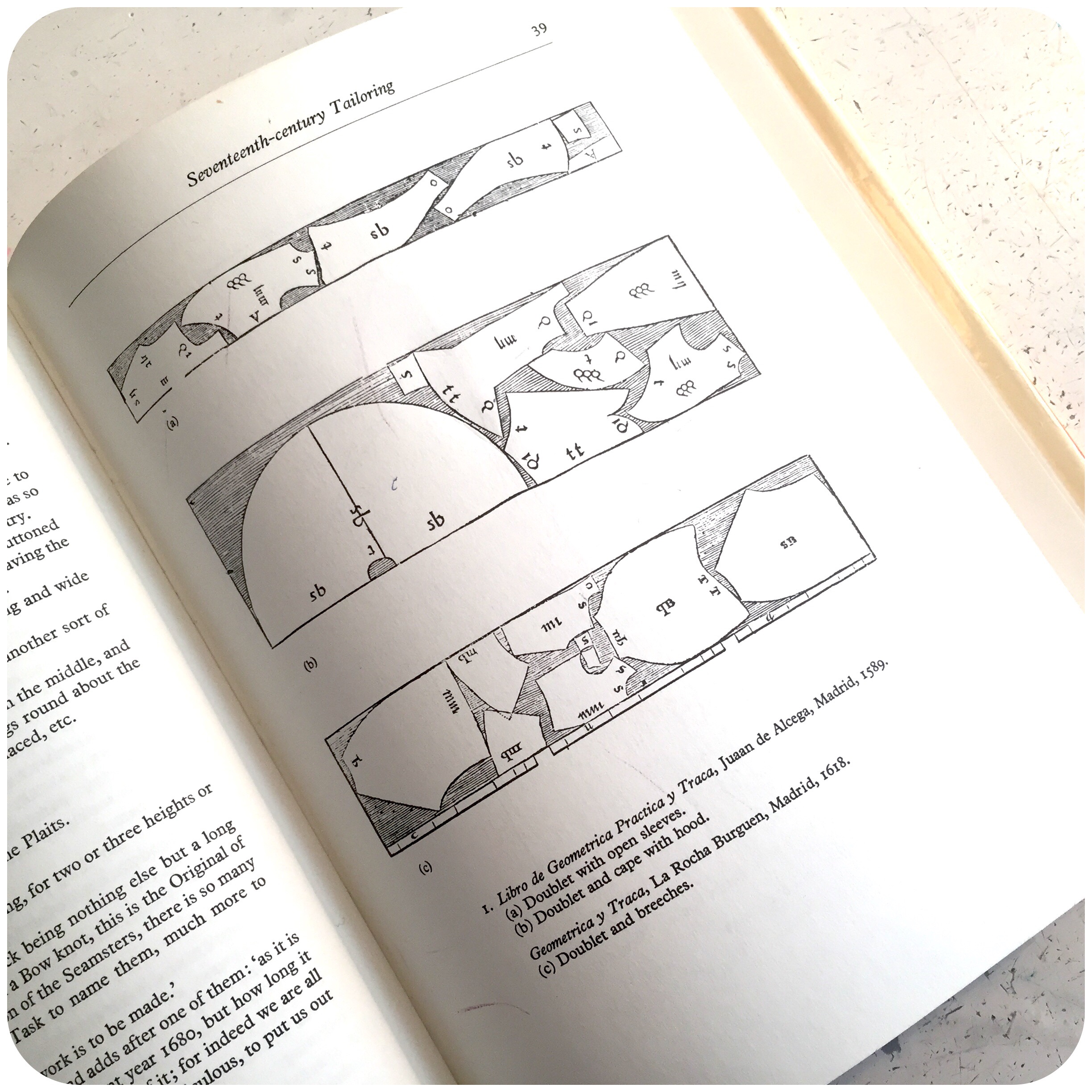 So what was, and is, technically so new about all of this? The truth is – nothing much. You had cutting patterns with measurements included already circulating in the 17th century, roughly 400 hundred years ago! They were just fixed patterns. The tailor then corrected the garments directly on the customer by using all his skills and tricks. One could actually argue that back then, the tailor himself was his own interactive tool, and not the computer. He himself computed things with individual and esthetically pleasing results. 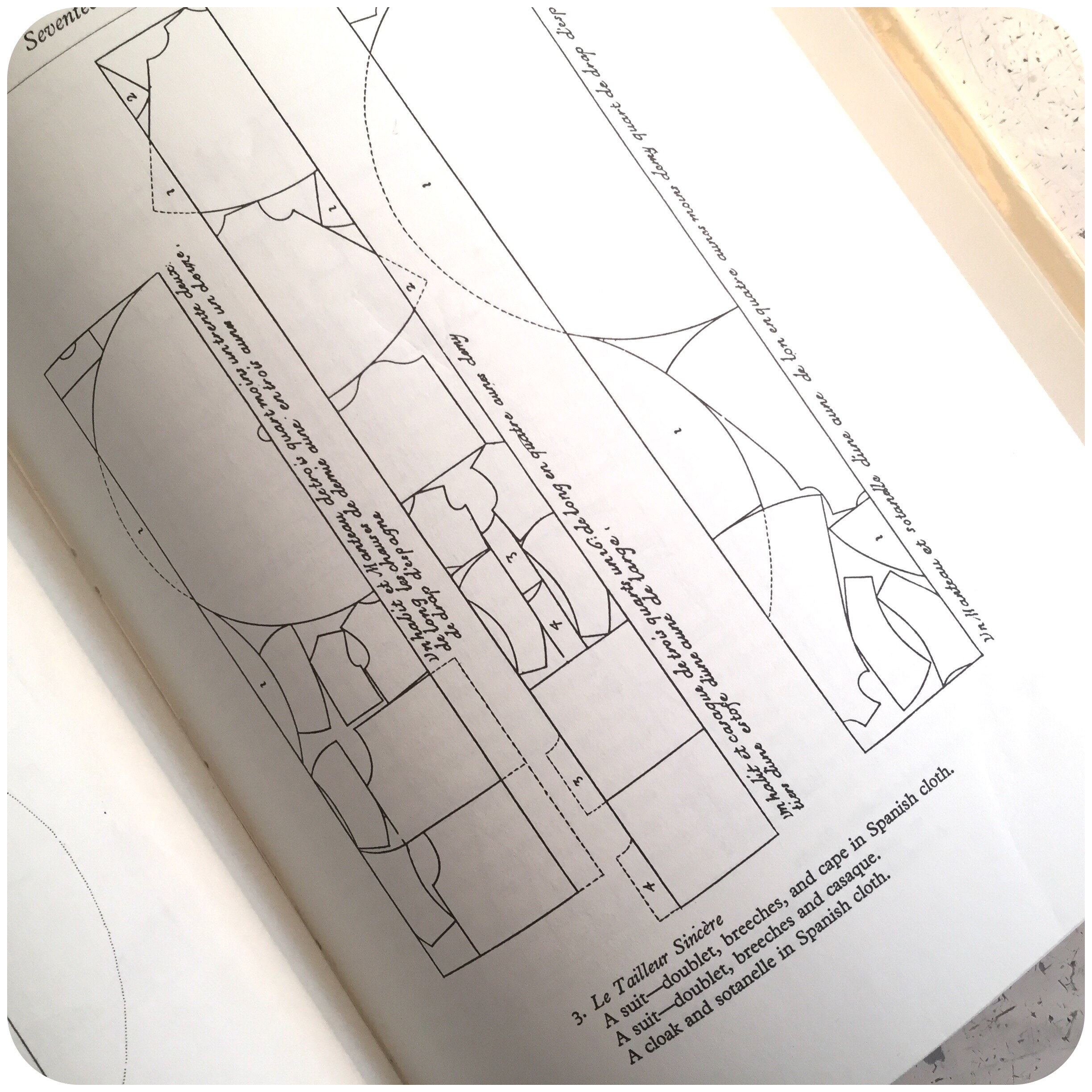 But what about the cutting process? Isn’t the computer perfect for stopping waste, by cutting all pieces extremely close to each other? Well, yes. But that’s really nothing new either. A good tailor has always cut with minimum waste – that’s a part of his skill! Just look at any old cutting diagram – absolutely no waste at all! Because the garments are designed to work that way. 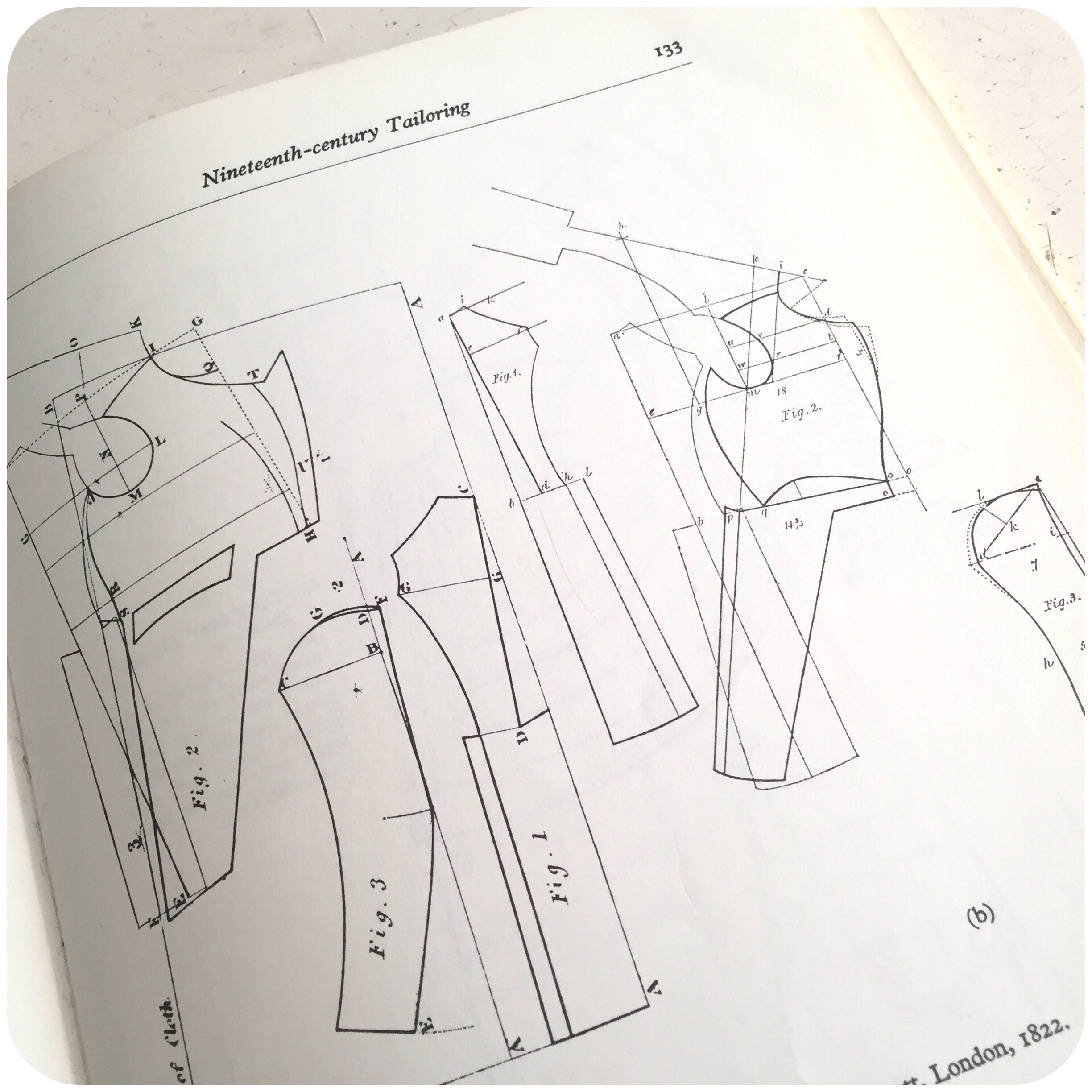 If we then move up about 200 years to the 19th century, more digets start to appear on all the pattern cutting diagrams. Industrialism goes hand in hand with technology. The tailor now has to now “exactly” how to draw the garment since there’s a growing focus on preciseness. The fact that the tailor then, afterwards, still had to correct the pattern into the customer’s size – well, never mind that! 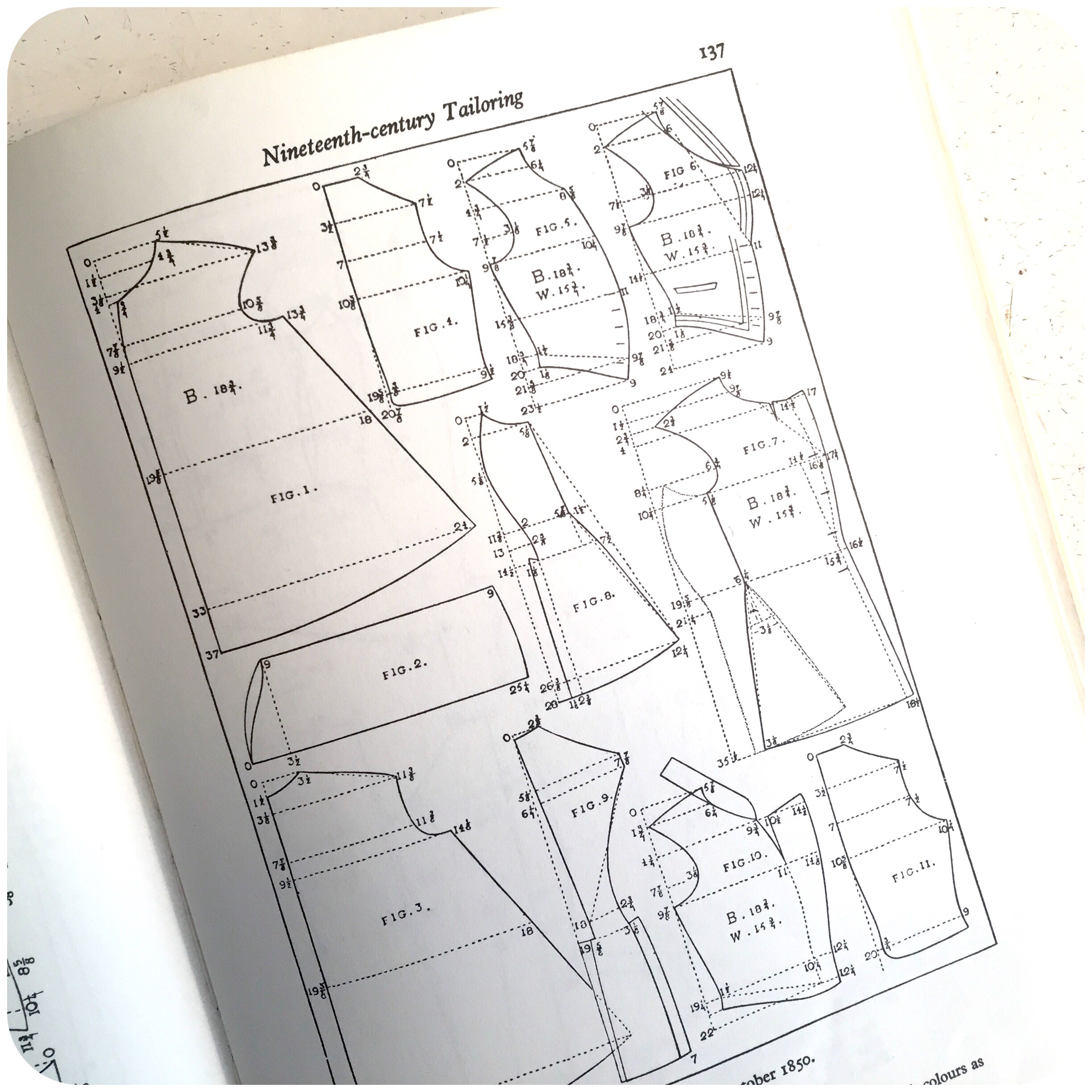 And as the years went by, more and more numbers were added, to draw every curve, dart and straight line “correct”. The added numbers is an indication of the tailor’s lesser and lesser importance in a fully creative way. What the tailor now is used for, is to correct all the “precise” pattern pieces when they strangely enough don’t match the customer’s body… “How can that be? Did you not draw the pattern exactly as it said on the chart?” Well… the patterns were still fixed, so the tailor was also still very useful in altering them, if you did care about a good fit. 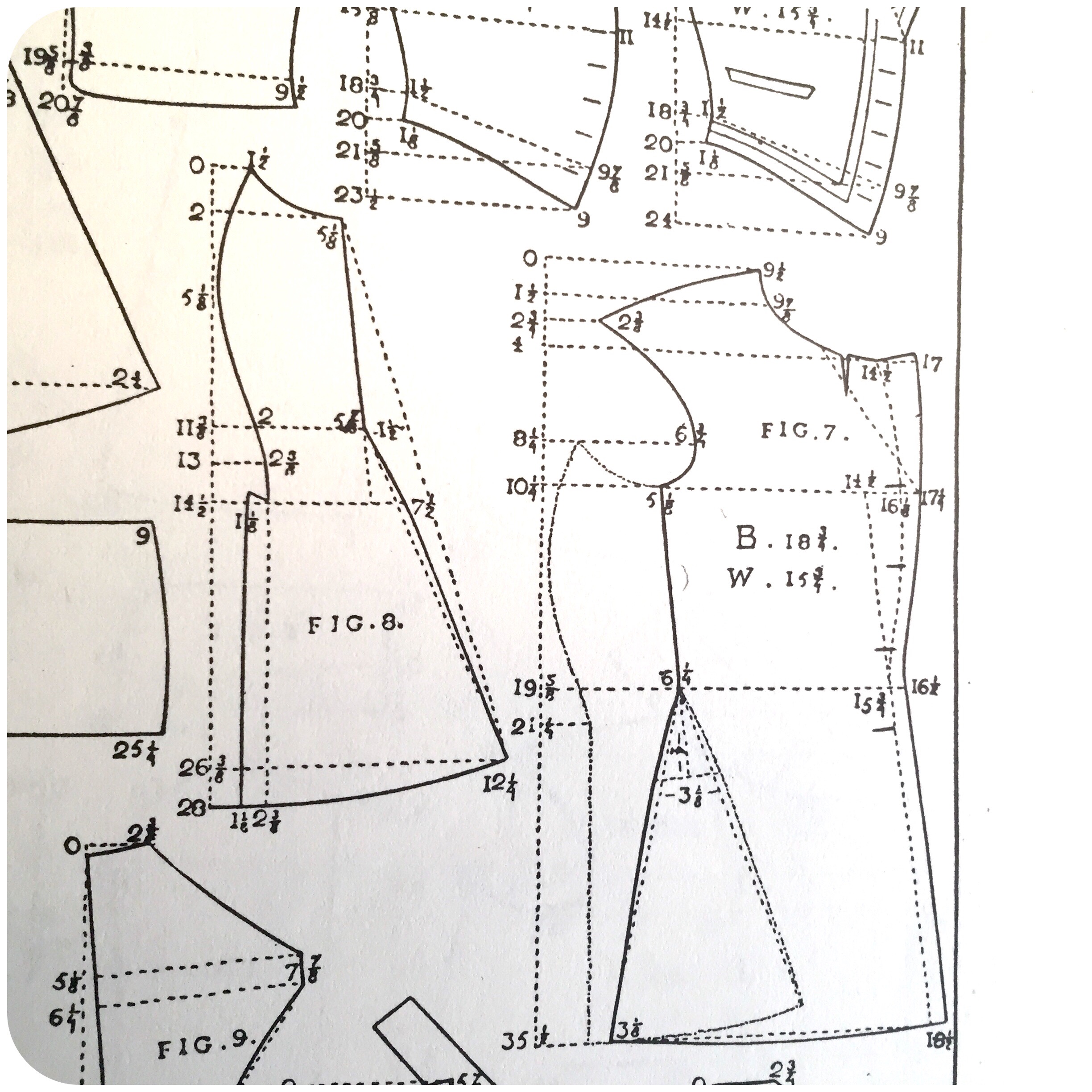 But here’s what I’m thinking about. The more I study these old patterns, the more I feel that there’s something magical about their simplicity. It almost seems like building a furniture, or house, or something not wearable. “This is how it should look. Make this.” A template diagram. You’ll get what you see, and then you figure out the result by yourself, according to your skills and choise of fabric, style and size. It’s like a suggestion for a garment! Like, it could be this – but it could also be something compleatly else! It’s your choice! 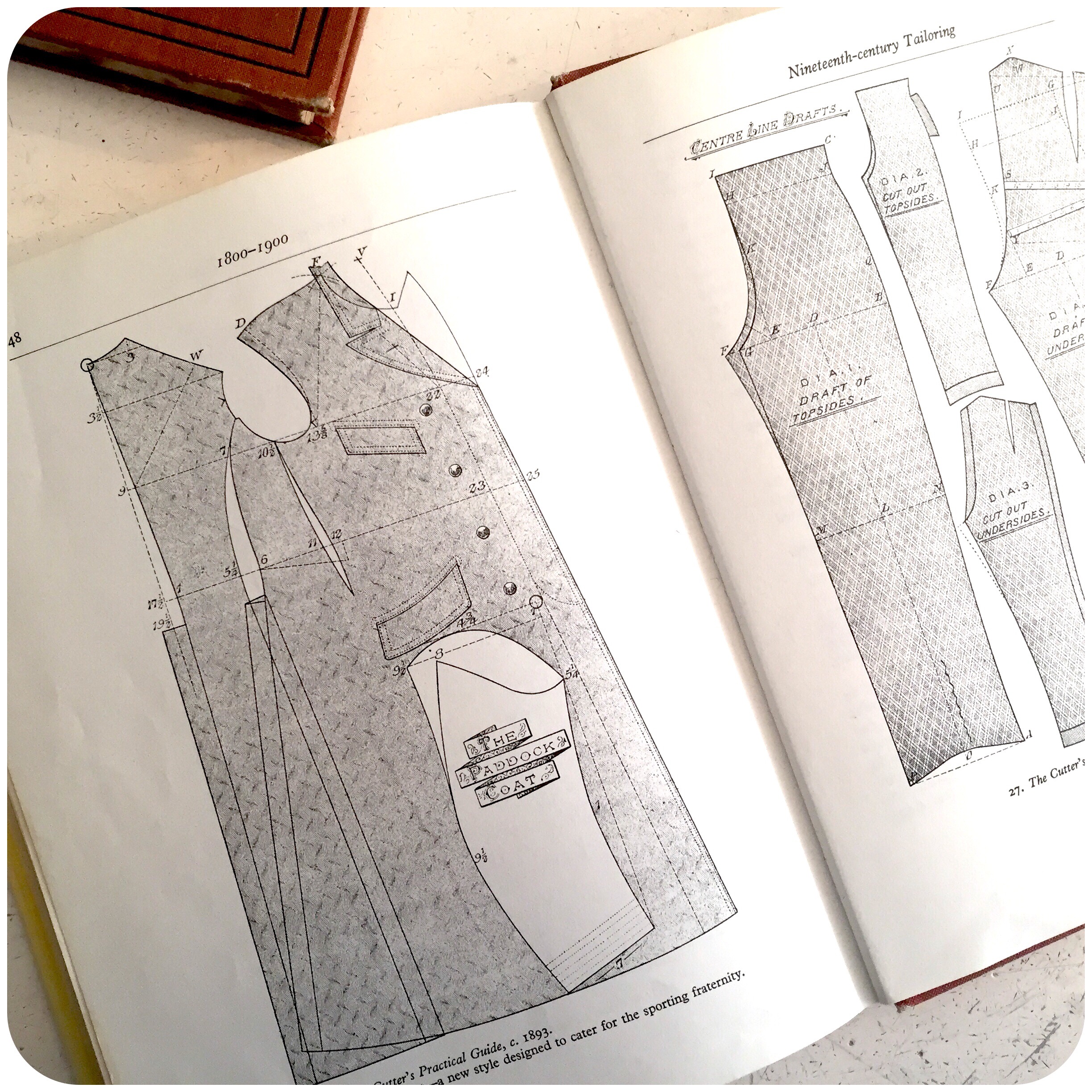 So what I’m trying to question here, is, if we in reality really are going backwards with all this digital technology nowadays? To a less creative place? Yes, everything goes faster. But to what extent? You can digitally 3D render garments all day long if you want to, but the harch reality probably is, that you still know next to nothing about how the actual finished garment will function on a person in real life, when he moves around and does “his thing”. What you really are creating, is more of an empty shell. That actually fit’s nobody that well. And for all the 3Dscanning? Well, unlimited (more) measurements does not necessarily equal with a better fit. Because what each and every person believes is a good fit is a complex and often emotional, and almost always an individual, thing. And there’s no equation for that – yet. (I’m looking at you AI!) 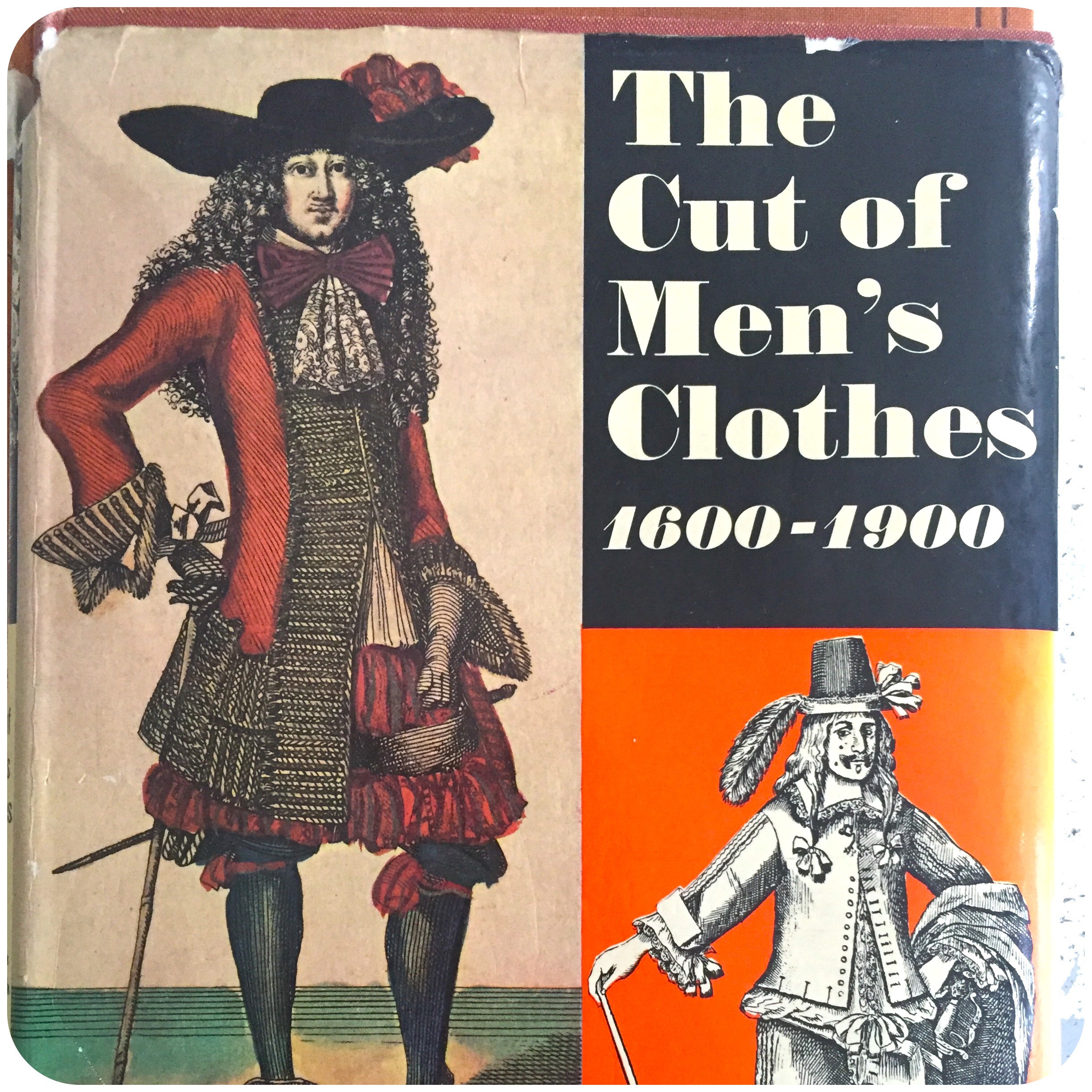 What would be “forward” then? For creativity? Something that’s absolutely not sultifying, but nurturing? Something that suggests, rather than argues? I would say, go old-school! 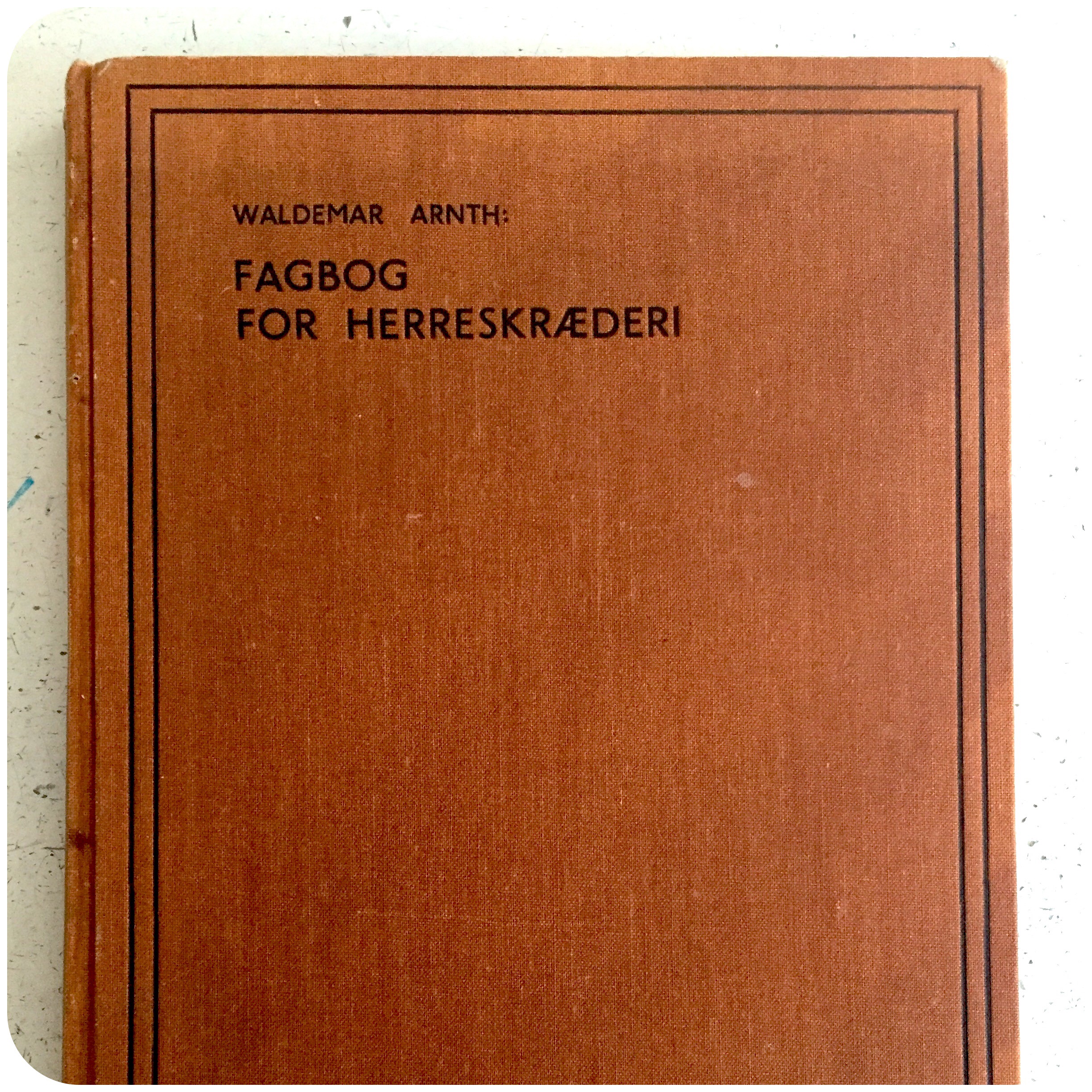 Why not trying to simplify the whole cutting and designing process? Trying something extremely un-digital, like drawing a pattern as they did centurys ago – but with a contemporary cut, a denim jacket or something? It would be us reclaiming pattern-making! Let’s do it! Right?

If you enjoyed this content, feel free to support us by sharing this article, subscribe to one or two of our different platforms with informative content on tailoring and design, or, by just donating a sum. As a small independent company, we’re always greatful for your support, big or small.

I want to interact !

“I want to be a part of all this, and learn more about how design, tailoring and garment-making works.

I want to ask questions and get answers!”

For a monthly subscription of only 20 €, you will be able to comment on all posts, ask questions, and get personal answers directly from us. Also vote on new topics and rate our material. A new way of learning!

There will be no algorithms. No commercials. No data harvesting. No AI. Just you and me both.

Yes, I want this!